Call Now For A Free Quote!

Our Experts Are
Here to Help You!

Moving From
New Jersey To Georgia

Get A Free Moving Quote!

Why Move To Georgia?

Sitting between Florida and Tennessee, Georgia is just a few hours’ drive away from Alabama to its west and South Carolina to its east. This lively state is home to many big business companies and the government is mild in its taxing of small businesses in Georgia. There is no shortage of job opportunities and it’s a great state for both job prospectors and entrepreneurs alike. But that’s not all, 17% of Georgia’s population is over 60 years of age. It’s a popular state for retirees as Social Security income in Georgia is not taxed among other advantages in housing and school taxes for retirees.

How Much Do Movers Cost To Move From New Jersey To Georgia?

How Long Does Delivery Take?

Delivery usually takes one to two weeks to arrive at the destination, but it can take up to 21 days depending on the season, booking timing, or other factors. To learn more about our policy please visit our policy page.

How Much Is It To Insure My Belongins?

All items are covered at basic valuation in accordance with DOT regulations of .60 cents per LB. However additional insurance can be purchased via ABBA insurance.

Popular Cities to move to in Georgia

The capital of Georgia is home to many big businesses and is full of amazing career opportunities. Despite Atlanta being a metropolitan city with a population of half a million and over 6 million in its surrounding metropolitan area, the costs of living here are relatively cheap compared to other capitals and major cities in the United States. This low cost of housing at an average of $320K around the metropolitan area and $400K in Atlanta is owed to the rapid development of housing with apartments, condos, and even skyscrapers on the rise. This doesn’t mean Atlanta is all brick and concrete, as the city itself is decorated with greens and its surrounding areas have a host of parks, mountains, and rivers. With North Georgia mountains at 2 hours drive away, and Savannah at 2-4 hours depending on your location in the metropolitan area, you’ll be an arm’s reach away from a fun holiday experience.

Located in Cobb County, one of Georgia’s rapidly growing counties with a population of around 750K, there are many reasons why is one of the fastest growing cities. One of the factors is its sales tax of 6% is one of the lowest among counties in the entirety of the United States. It’s also light on property taxes and one of the most preferred locations for retirees for similar benefits in taxes. As is with most counties in Georgia the schools here are excellent. Marietta is a city with cheap housing and is host to many recreational activities that include concerts, many parks in and close to Marietta, and the nearby Kennesaw Mountains which is a favored spot for hikers. Add festivals, museums, and historical spots to the mix and you’ll always find something to do here. Being one of the oldest cities in the metropolitan area, Marietta is home to historic buildings of various make if you’d like to live in a house with character. Marietta also has various job opportunities including an industrial area, however, if you prefer to work in Atlanta it’s only half an hour’s drive from Marietta to Atlanta. Most people in the metropolitan area work in Atlanta, so this proximity to Atlanta will save you a lot of time in traffic. Marietta is also known to have one of the best school districts in Georgia. With all those in mind, Marietta is one of the best places to live in the metropolitan area given its excellent living conditions and available opportunities.

In Gwinnett County away from the interstate providing you easy access to Atlanta with low traffic, Lawrenceville also has an abundance of recreational activities including Lake Lanier to its north, with Gwinnett County hosting over 50 county-owned parks ranging from historical sites, museums, aquatic parks, playgrounds and miles long trails. It’s the perfect place if you’d like to live a calm, relaxed countryside-like life but keep the opportunities of a major city close by. Gwinnett is a very diverse county housing residents from all over the world with a population of almost 1 million, so you have a chance to get a taste of each culture, literally, with its rich cuisine. Moreover, Lawrenceville is home to Gwinnett School of Mathetics – Science, and Technology which is ranked #9 high school in the country by U.S. News. While schools in Georgia are generally good, Gwinnett has many of the best.

Benefits of migrating from New Jersey To Georgia

Georgia is a cultural center of many art museums, exhibitions, and festivals alike. Being a coastal state with its magnificent beach city of Savannah alone brings many people together in concerts and festivals. Atlanta and its metropolitan areas are also hosts to many artistic and cultural events, there’s always something to attend all year round. Georgia has also been a critical part of American history which you can explore in its many museums. 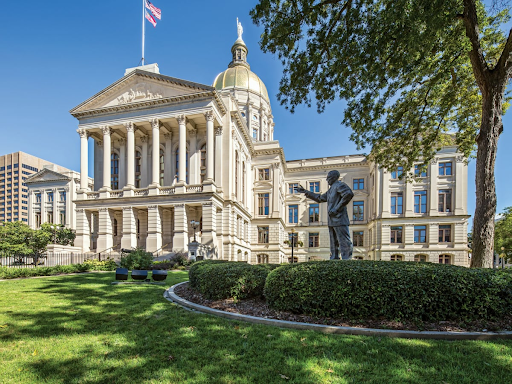 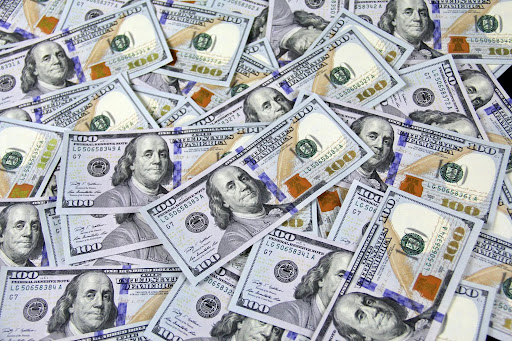 Depending on where you live in Georgia you’ll have one of the lowest taxes in the entire United States. And it’s great for retirees too. Affordable housing, fair taxes, and low cost of living all make Georgia a great option for everyone regardless of age, career, and education. No matter the budget, you can always find the right county, city, town, and house to fit your needs as Georgia is as flexible with its finances as it is with its recreational activities.

Georgia isn’t only a coastal state, but it’s also one of the states with the largest diversity in the United States. Which also diversifies its cuisine for the better. If you’d like you to try out cuisines from all over the world but can’t afford a world tour, Georgia might just do it for you! There are 5-star restaurants with cuisines from everywhere brought to you by celebrity chefs. 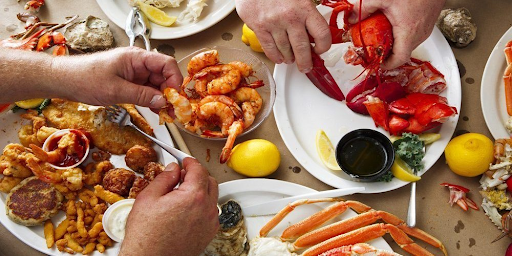 We Move Customers From All Over New Jersey To Georgia

From Any NJ City

From Any NJ County 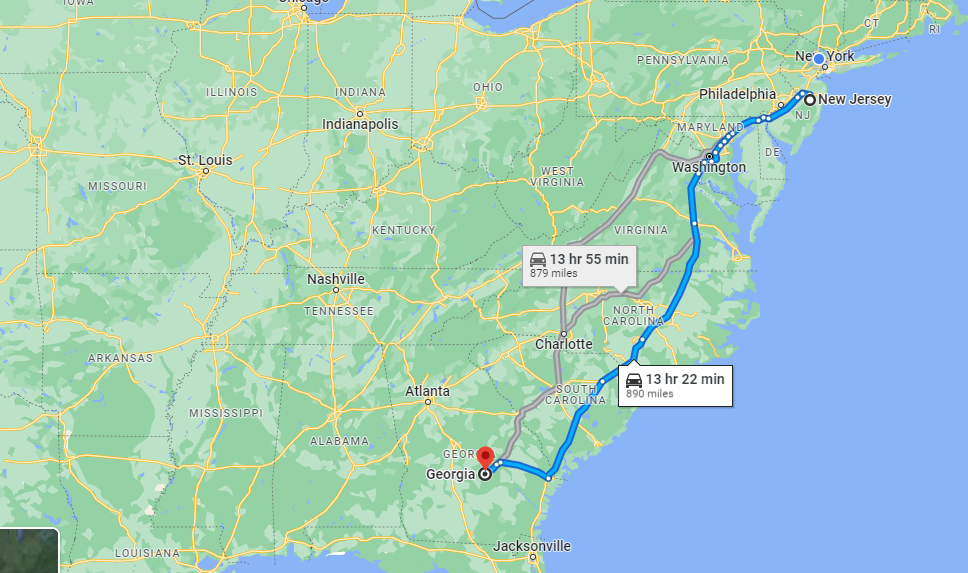 How to move from NJ to GA

Relocating across a significant distance calls for a considerable amount of preparation and organization. Made sure everything is flawlessly performed right from the beginning since there are so many different logistics to arrange. That is why it is essential that you hire a Affordable Assertive Moving Company to help you with your long distance relocation. Moving to a new home may be a trying experience, but with the correct assistance, the process can be made more accessible and less chaotic for you. We provide a wide range of services:

Get a Free Quote